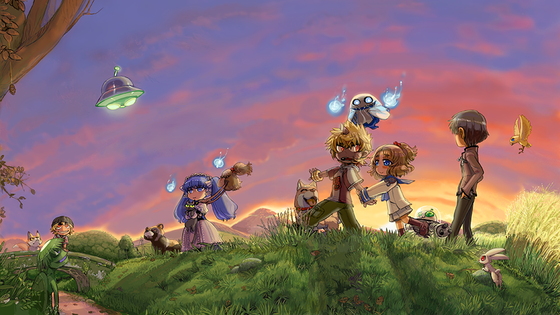 Golden Sky Stories: Twilight Tales (originally released in Japan as Mononoke Koyake) is the first Japanese supplement for Golden Sky Stories, and it adds the mononoke as a new set of character types for players and narrators alike. Each has a signature character, but they’re also easy to reskin to be any number of creatures. The rules for the kappa also let you play other aquatic creatures like mermaids, and where the signature visitor is an alien, your visitor could be a time traveler, a winter fairy, or even Santa Claus. The book will also feature an intro comic and scenarios to help you get started using mononoke in your stories.